Genetic mutations causing a type of adult blood cancer occur in childhood or even in the womb, new research has shown. 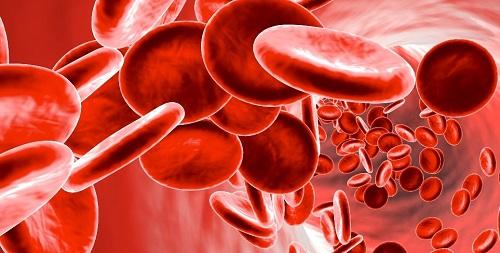 A new study, from the Wellcome Sanger Institute and the University of Cambridge, has traced these mutations to childhood, showing that they proliferate in the body over decades before cancer symptoms later in life.

The paper, published today (19 January 2022) in Nature, suggests that these mutations will cause blood cells to multiply at different rates in different people, and those in whom these mutations cause faster growth have cancer symptoms appearing earlier. If these mutations proliferate slowly, it is possible that the cancer symptoms would never appear, or be noticed after death by other causes.In the future, it might be possible to detect cancer warning signs earlier, potentially giving the opportunity to prevent or slow future cancer development.

Blood cancer is the fifth most common cancer in the UK and the third biggest cancer killer. More than 40,000 people are diagnosed with this disease every year, and about 15,000 of these people die from it1. There are over 100 different types of blood cancer, and the risk of blood cancer increases with age, with just under 40 per cent of people diagnosed being aged 75 or over1.
To better understand how blood cancer develops, scientists used whole genome sequencing technology of multiple blood cell clones from individual patients, along with in-depth genetic analysis of bone marrow and blood samples to establish the family history of individual blood cancers.

This allowed them to accurately estimate when the cancer causing mutations actually occurred during a patient’s lifetime. Scientists studied 10 people with myeloproliferative neoplasms − a type of cancer that causes stem cells in the bone marrow to produce too many blood cells. There are multiple mutations that are linked to the development of this type of blood cancer, however the most common cause of this cancer is a mutation called JAK2V617F.

The researchers, from the Wellcome Sanger Institute and the University of Cambridge, performed whole-genome sequencing on over 1000 clones derived from blood cell from the 10 patients diagnosed with Philadelphia-negative myeloproliferative neoplasms between the ages of 20 and 75. They then conducted targeted analysis of blood samples from the same individuals. This allowed them to both time the mutations that cause the cancer and track how fast the cancer grew in individuals over their lifetime.
The researchers were able to trace the ancestry of different blood cells and estimate the time at which each patient acquired JAK2V617F and other important mutations. They determined that, in these 10 patients, the first cancer-linked mutations emerged as early as a few weeks after conception and up to age 12, despite cancer symptoms presenting decades later in life.
From here, they estimated how long over a patient’s lifetime it took for these mutated cells to multiply to the point where cancer symptoms became visible.

These findings suggest that some blood cancers are more of a gradual, lifelong process in which a single cell acquires a cancer-linked mutation early in life and then slowly grows over decades, compared to a mutation that happened only a few years prior to diagnosis.
Research is now needed to understand if how this information could be used to help predict cancer risk in individuals who have these mutations. In addition to early detection, research is also needed into whether current treatments or new therapies could be used to slow or prevent the development of cancer once a person is identified as ‘at risk’.

Dr Nicholas Williams, first author from the Wellcome Sanger Institute, said: “By using whole genome sequencing and analysis of the pattern of sharing of mutations between blood cells, we were able to create family trees of these cells enabling us to identify when in life these shared mutations arose. This in-depth process has given us new insight into the development of blood cancer and will allow us to hopefully track the development of other blood cancers in the future.”

Professor Peter Campbell, senior author on the study from the Wellcome Sanger Institute, said: “JAK2V617F is an established cancer causing mutation for blood cancer, and for the first time our research has allowed us to trace when these mutations occurred in this specific type of blood cancer. Further research is now needed to see how this new information could help detect cancers sooner and if there are any existing or new therapies that could help treat the disease earlier.”

Dr Jyoti Nangalia, a senior author on the study from the Wellcome Sanger Institute and Wellcome-MRC Cambridge Stem Cell Institute, said: “Our research shows that cancer-driving mutations can occur in early childhood, even in the womb, to result in cancer diagnosis decades later. This is not something we were expecting. Blood cancer impacts thousands of lives every day and research such as ours into the timing and pace of how different cancers develop is crucial if we are going to find new ways to prevent these conditions. The success of our approach for tracking the origin and growth of this blood cancer could be applied to many other cancers and diseases.”

The Wellcome Sanger Institute is a world-leading genomics research centre, based on the Wellcome Genome Campus, arguably the largest single-site community of expertise in Genomes and BioData in the world. We undertake large-scale research that forms the foundations of knowledge in biology and ...