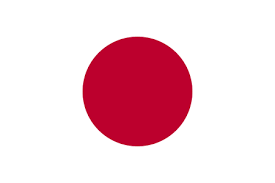 Each month Babel offers free briefings and expert advice for working with different cultures to its clients, learners and friends in the industry. This month the focus is on Japan....

This month, our newsletter will focus on Japan as September sees the start of the 2019 Rugby World Cup hosted by Japan, the first time the tournament is to be held in Asia.

Japan’s population, however, is ageing rapidly and shrinking. Prime Minister Shinzo Abe wants to encourage more foreign, low-wage workers to fill blue-collar jobs – a move that is controversial in a nation that has traditionally shunned immigration. However, with high levels of tourism and preparations for the 2020 Tokyo Summer Olympics the country needs more workers to fill jobs.

Japan’s history, traditions and geography create a unique experience for business travellers – as long as one can embrace the subtle or hidden cultural differences. The Japanese concept of ‘kuuki wo yomu’ or ‘reading the air’ means that the Japanese have a near telepathic understanding of the unspoken social aspects of daily life. Those working in Japan know it is a place where hard work is revered and rules are followed.

Japan is still a male-dominated society, and although roles have started to change, it has the third-highest gender-pay gap among OECD countries and women are poorly represented in business and politics. They hold only 4% of managerial positions, 2% of seats on boards of directors and about 10% of the seats in the Lower House. Although Abe has generated support for ‘womenomics’ – the idea that more women working will help the overall economy – progress has been slow.

In Japan, face and hierarchy are of paramount importance and the importance of long-term relationships is great. Patience is a virtue and the ability to remain calm and hide any frustrations is critical. In order to achieve success in Japan, it is important to put a significant amount of time and resources into the early stages of relationship-building even when a deal may seem a long way off.

Japanese companies, like Japanese society, are hierarchically organised with individuals knowing their position within a group and with regard to each other. It is this sense of belonging to the group that gives Japanese companies their strength and purpose. Group orientation and team working are not merely concepts and phrases in Japan, but a way of life which permeates all aspects of corporate life at all levels.

Japanese hierarchy is based on consensus and co-operation rather than the top-down decision making process. This means that people feel actively involved and committed. It can also mean that decisions are slow and have to be based on deep analysis or large amounts of information.

Japanese management emphasises the need for information flow from the bottom of the company to the top. The key task for a Japanese manager is to provide an environment in which the group can flourish. He must be accessible at all times and willing to share his knowledge. In return, he expects his team members to keep him fully informed of developments. This reciprocity of relationship forms the basis of good management and teamwork.

It is also important that group members maintain 'face' in front of other group members, which amongst other things means that people must be seen to be modest and humble. Self-promotion in the western sense is seen as childish and embarrassing behaviour.

There are many communication difficulties in Japan. The combination of Japanese vagueness and lack of comprehension leads to issues which make problem-solving and decision-making very difficult. The success of a relationship is often dependent on one’s ability to read the underlying truth. It is best to check back several times for clarification of anything that remains unclear. In times of stress or difficulty, the Japanese will often become silent in order to release the tension and allow people to move away from the area of difficulty (to preserve the harmony). Unfortunately, many westerners are extremely uncomfortable with silence and feel the need to fill the silence with more discussion.

Finally, as saving face is so important, people will not openly admit it in front of others if they do not understand what you are saying. When communicating in English, speak in short, simple sentences free of jargon and slang. Pausing as often as you can gives people a better chance to translate and understand what you have said. Also, allow for frequent side discussions in Japanese.

What is the name of the rugby trophy that the teams will be competing to win in Japan?

Inspired? If you want to learn how you can work more effectively with your Japanese colleagues, clients or supplier, contact us for a 'Working Effectively with...' sample course outline'.