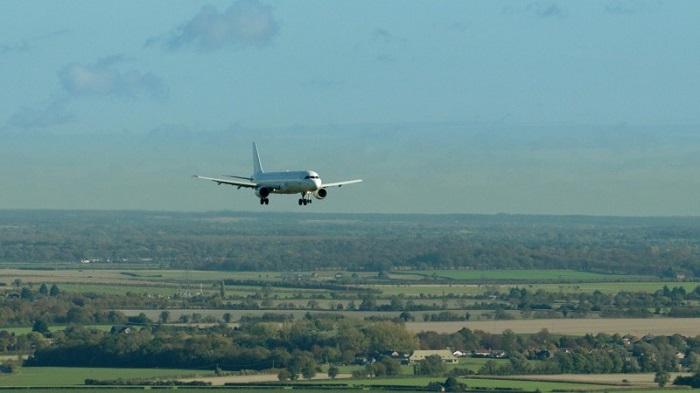 Pete Jeavons, Marketing Communications Director at BT and EE comments: “Our new campaign is all about EE broadband that can handle anything you throw at it, and this real-life demonstration helps to communicate that in a really exciting way. In today’s connected family home, we know how many devices can be online at one time and this is increasing all the time, so this demonstration was about showing that despite how many devices are already relying on EE Full Fibre, the broadband can still cope with so much more.

"Our Full Fibre Max broadband connects 100 devices all at once, so you can download music, stream sport, enjoy glitch-free gaming and even land an aircraft all at the same time, because it can really handle anything you throw at it.”

So how did the technology work to land the aircraft?

A remote air traffic control system was set up in the family home and connected by the EE Full Fibre Max broadband router. The remote unit then shared relevant data in real time providing accurate airspeed and rate of descent aiding the pilot to smoothly fly and land the aircraft at Cambridge City Airport.

Airport Director, Kevan Craske said: “The whole airport team were incredibly enthusiastic to host EE and their advertising Agency, Saatchi and Saatchi to capture this dramatic new campaign. I am immensely proud of our team of aviation professionals who put in a lot of work behind the scenes to provide a perfect platform for our customer and to ensure the campaign was a success.”

As part of gaining familiarisation, it’s beneficial to recognise how different types of aircraft and crew both use and interact with air traffic control services, this helps the air traffic control team calibrate the systems and their own human machine interface (HMI) setup to ensure the controller workloads are kept as low as possible. In addition, the Airbus A320 and A321 aircraft used for the filming gave the Cambridge City Airport air traffic controllers another fantastic opportunity to practice sequencing of aircraft in relatively close proximity.

The full campaign will run across TV, out of home and video on demand, with edits and content developed specifically for a range of digital and social channels.

Cambridge City Airport has invested in significant environmental improvements including Europe’s largest engine ground running enclosure which significantly reduces noise from aircraft engine testing. The Airport is also home to one of Europe’s largest and most environmentally friendly aircraft paint shops capable of housing a Boeing 747 and they claim; through further investments in that facility recently, to have reduced its CO2 emissions from 2100 tonnes to just over 1000 tonnes a year.

Behind the scenes with the team at Cambridge City Airport