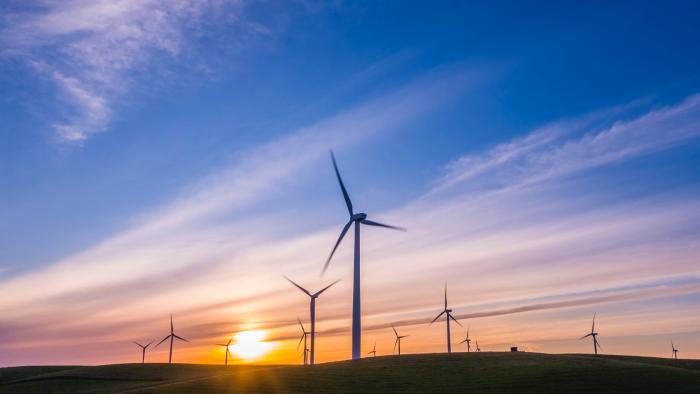 The Government recently announced that they want to make the UK the world leader in clean wind energy, targeting 40 GW of wind-generated energy by 2030 - enough to power every home in the country.

As with other renewable energy technologies, electricity generation from wind does not always match up with demand, for example due to fluctuation in the weather conditions. With the increase in renewable energy there is therefore a corresponding need for storage technologies which can smooth the difference between energy production and demand.

Energy storage may be provided in the form of centralised, large-scale systems. Alternatively, storage may be provided in smaller forms which are distributed closer to sites of electricity demand, for example at local transformers or domestically. There are many types of both centralised and distributed storage technologies, each with their own benefits and drawbacks.

At the moment, the main large-scale energy storage mechanism used in Europe is pumped-storage hydroelectricity. This involves using energy to pump water into an elevated reservoir and recovering energy at a later time by releasing water through hydroelectric generators to provide electricity to the grid.

A recent report from Imperial College London explains how expanding the capacity of Britain’s pumped-storage hydroelectricity could help to ensure that more energy generated from renewable sources is utilised and displace the use of conventional (fossil-fuel) energy sources. However, hydroelectricity storage is particularly expensive to set up, and is limited to areas with suitable geography to create the reservoirs.

Battery prices are expected to continue to fall in the next decade, making this form of energy storage increasingly attractive. In recent blog posts we have covered the latest battery technology which may be useful in this area. For example, the use of battery technology is covered in depth in our recent Forward article “Energy storage: Batteries and beyond”. These systems are effective and efficient, but producing batteries on the scale which is likely to be required could have a large environmental impact in itself, though this may be mitigated by moves to ensure battery materials are recycled (see more in our blog EU batteries directive – powering up opportunities?).

Looking for other solutions to the energy storage problem, the UK Government has provided funding to a liquid air energy storage (LAES) project near Manchester. This solution uses excess generated energy to compress and cool air until it turns liquid. The liquid air can then be stored until electricity is required by the grid, at which point the air is allowed to evaporate and expand in order to drive turbines.

Although they can all help to increase the utilization of renewable energy sources, the initial costs of centralised energy storage solutions can be quite large and integrating them with the grid presents its own set of challenges. Distributed energy storage can help with these problems.

Although many governments are focused on centralised energy storage, there are also a number of small-scale technologies which can be utilised by domestic consumers and this is an area which is growing. These technologies are also useful to ensure that users always have access to electricity, which can mitigate any problems with the electricity grid.

Of course, batteries are also a popular choice for domestic energy storage. For example, Tesla are working in this space with their Powerwall product which can store energy from the grid or from solar cells to be redeployed when it is required (for example overnight, or during an outage when energy is not being received from the grid).

Given the predicted growth in the number of electric vehicles, it has also been suggested that the batteries of these vehicles can be used as a source of energy. For example, the battery of the vehicle may be used to feed energy back into the grid at times of high demand. This is known as vehicle-to-grid (V2G) technology, in which the UK government invested £30 million in 2018. What may make this of particular interest is that energy providers could pay participating users for energy taken from their car. V2G schemes are not limited to private vehicles either - it was announced recently that electric buses will be used in a V2G project in London. As a result, electric vehicles may not just use energy but can also help to increase the amount of renewable energy which is fed into the grid at peak times.

However, it can be more energy-efficient in domestic settings to store energy in a way which complements the way it is used. For example, in Europe most domestic energy is used for heating, and so storing energy in the form of heat, such as in a hot water tank or a heat battery using phase change material, may be more efficient: the stored excess energy may be directly used for heating. In contrast, in the United States a larger proportion of energy goes towards cooling, and so systems which produce ice with excess energy, and later use this for air conditioning, may become more widespread.

Charging into the future

Ashley Cresswell is an Associate and Patent Attorney at Mewburn Ellis LLP. He has experience in all stages of the patent application process, from drafting and prosecuting applications to grant for a wide range of clients in the engineering and electronics industries both in the UK and Europe. Ashley also carries out Freedom to Operate (FTO) analysis and liaises with attorneys across other jurisdictions.

To read more commentary from Ashley on this and other related topics you can sign up to our Forward blog.

Located on St John’s Innovation Park, our Cambridge office serves clients from Cambridge and around the world. We cover the full range of intellectual property issues: patents, trade marks, designs, industrial copyright and related matters, in all fields of technology. ...