Construction will resume on The Hobson, a new hotel at Hobson House, Cambridge, following a pause in development in March 2020, due to the outbreak of the Covid pandemic. 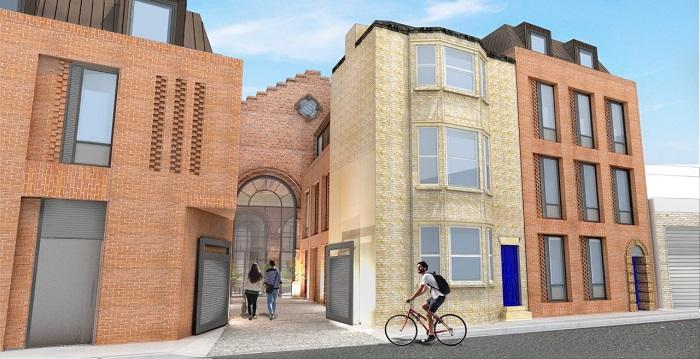 Built in 1901 and located on St Andrews Street, the iconic property was granted planning permission by Cambridge City Council for a 56-suite luxury hotel in 2019.

The freehold of the building is owned by Cambridge United Charities which agreed a long lease and a premium capital payment in May 2021, to enable construction work to continue at this significant development. Rogue City Hotels, part of the Henley Homes Group, initially signed the development agreement in 2019, and the company has since secured £21m-worth of funding from Tikehau Capital. Henley Construct, another division of the Group, will continue construction on Hobson House and The Wellington in Glasgow.

Lorna Gordon, Director at Cheffins, who represented Cambridge United Charities in the deal, comments: “The conversion of Hobson House is one of tens of thousands of developments which were put on hold when the Covid 19 pandemic struck. This brought with it a series of issues for both the occupier and the freeholder, which needed careful management to allow works to continue. This was a complex transaction, in which we had to amend terms of the lease to enable the occupier to obtain funding from a third party to allow for construction to resume. Following a lengthy negotiation, terms were agreed in May 2021, allowing the Trustees of the property at Cambridge United Charities to make use of the money for the property to support their varied charitable objectives.”

When finished, The Hobson will include 56 luxury suites and meeting spaces, including an atrium. It will be operated under the Rogue City Hotels, with completion of the project expected in Q3 2022.

Cambridge United Charities, or the CUC, was formed to manage the properties and money left to the people of Cambridge by several local philanthropists from the 17th Century until the present day. The group is active in various charitable objectives, including the Hobson & Crane Educational Grants which seeks to provide funding for young people in the local area.

Impression of the interior of The Hobson - Credit Dexter Moran