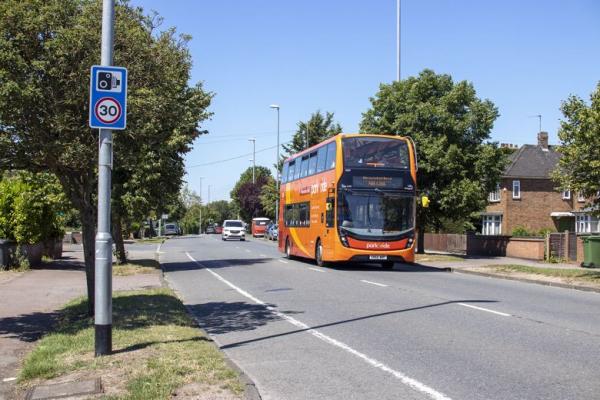 Plans that could transform public transport journeys and create a new cycling and walking route to the east of Cambridge have been put before the public.

Proposals for the Cambridge Eastern Access project to provide reliable and safe walking, cycling and public journeys along the busy A1303/A1134 routes have been set out in a new consultation launched today (Monday 26 October).

The project – along with other dedicated public transport and active travel schemes being developed by the Greater Cambridge Partnership – aims to improve air quality and cut congestion to the east of the city.

It may also form an integral part of the delivery of the Cambridgeshire and Peterborough Combined Authority’s Cambridgeshire Autonomous Metro (CAM) scheme.

Cllr Roger Hickford, Chair of the Greater Cambridge Partnership, said: “These busy routes to the east of the city suffer from significant congestion, and with more new homes and jobs planned for the area we must provide alternatives to car journeys to help people get around quickly and reliably - and improve air quality.

“I would urge people to tell us their thoughts on the options for better public transport and enhanced walking and cycling routes set out in this public consultation.”

A four-week public engagement campaign on the Cambridge Eastern Access and Waterbeach to Cambridge schemes held over the summer resulted in hundreds of responses. People were asked to comment on the early plans on a virtual map and complete a short survey.

The Cambridge Eastern Access project is tackling the problem of how best to improve public transport and active travel to reduce congestion and improve air quality along the busy Newmarket Road A1303/A1134 corridor.

The options could be delivered in two phases – the first phase looking at adding bus priority measures and other on-road improvements to Newmarket Road, as well as the possibility of a relocated and expanded Newmarket Road Park and Ride site.

The second phase would deliver a new dedicated public transport route. This phase is linked to and dependent on decisions in the emerging local plan and the potential development of the Marshalls site.

A further option could see more trains on the Cambridge to Newmarket railway line and a new railway station in east Cambridge, but this would also be subject to the Local Plan, infrastructure improvement and investment from other organisations, including Network Rail.

The eight-week public consultation closes to comments on 18 December. For more information and to have your say visit www.greatercambridge.org.uk/CEA-consultation

A public consultation on the Waterbeach to Cambridge route – which aims to improve journeys to the north of the city – began last week and closes to comments on 14 December. To take part in that consultation visit www.greatercambridge.org.uk/W2C-Consultation