Hannah Simoes, Tax partner at Deloitte in Cambridge is pleased to share updates from Deloitte’s chief economist, Ian Stewart and head of tax and trade policy, Amanda Tickel summarising  the UK economic and fiscal landscape and asses possible measures that could be announced in this week's Spring Statement. 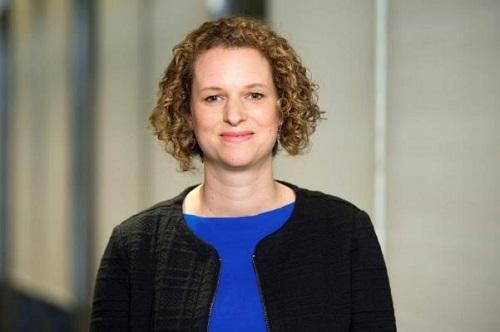 “The Chancellor will use this statement to give the country the first official view on the impact of the war in Ukraine on the UK economy, and he is set to unveil significant downgrades to the official growth forecasts and upgrades to the inflation forecasts. The situation will dampen growth and weaken public finances just as the demands for help for households and defence spending, are rising.

“With levels of government debt much higher than on the eve of the pandemic, the Chancellor’s room for manoeuvre is limited. While stronger than expected tax receipts give the Chancellor scope to slightly soften some of the impact of higher energy bills in his statement, it cannot remotely prevent a severe household squeeze over coming months.”

“Following measures announced in the past year, the UK is now facing its highest tax burden as a proportion of GDP since the early 1950s. We don’t expect to see U-turns to the planned rise in corporation tax or VAT for hospitality and the income tax thresholds will remain frozen. With a limited number of tax levers left to pull and all eyes on the rising cost of living, I think we’ll see a tax light statement on March 23rd, with measures focussing on three key areas – the cost of living, innovation and accelerating net zero.”

“While it’s unlikely the planned increase to National Insurance contributions (NICS) will be cancelled completely, the Chancellor could consider concentrating the immediate 1.25% increase on employers and defer it for the self-employed and employees. This would save someone earning a full-time salary of £31,280 about £270 of tax per year and still bring in an extra £8bn for the Treasury from payments by employers. Alternatively, we could see the entry threshold, currently £9,880, for NICs raised. This would leave more in the pockets of taxpayers and give effect to an original manifesto pledge.”

“Given the high price of car fuel, we expect a continued freezing of fuel duty rates, at the level they have now been for over a decade. With new-found flexibility post-Brexit, the Chancellor could try to help consumers by reducing or even temporarily removing VAT charged on fuel at the pumps. For a household spending £150 a month filling up their car, completely removing VAT would save £25 per month, if retailers passed the entire saving to the consumer.”

“There may be attempts to address energy demand with more grants for consumers to help with home insulation and heat pumps, plus new tax incentives to encourage private sector investment. Continuing the 130% super-deduction beyond 2023, but restricting it to green capital investment, would be a good way to incentivise companies to make climate savvy investment decisions.

“In addition, we could see increased focus on Research & Development to incentivise companies to innovate more and bring us in line with competing countries like Ireland and France. Increasing R&D expenditure credit – designed to encourage companies to invest in R&D by reducing their tax bill - based on specific areas the government wants the UK to take the lead in, could attract or retain innovative companies in the UK. The government could also introduce a new ‘green’ patent box which would allow companies to pay a reduced rate of corporation tax on profits linked to the creation of new green products and services.”

“The UK tax landscape is going through a period of significant change and the government will be looking to ensure tax measures are continually developed and modernised. Following this Spring Statement we will no doubt see conclusions to some of the consultations that were issued during 2021, as well as new ones announced. In particular, we could see a wide-ranging consultations announced on employer training and apprenticeship schemes. I also expect the government will consult on the extension of the Emission Trading Scheme to cover all greenhouse gas emissions, a UK carbon border adjustment mechanism or a single carbon price.”