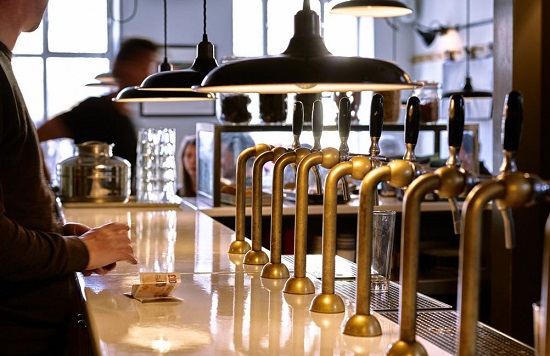 With the help of Indie Cambridge - the community of ‘real’ Cambridge - Cambridge Network continues its weekly exploration of the best independent shops, cafés, restaurants, people, businesses, venues and events in Cambridge and the surrounding area. This week: Pint Shop.

Pint Shop is all about creating a place that embraces eating and drinking - in equal measures. A place where you feel equally at home having a few beers, a light lunch or a full-blown feast. A place where people from all walks of life rub shoulders with each other.

Richard Holmes and Benny Peverelli’s inspiration for Pint Shop came from the beer houses of the 1830s. The original ‘Beer Houses’ or ‘Tom and Jerry Shops’ as they became known, are viewed by many as the birthplace of today’s pub. This was a time when beer was considered a rich man’s drink because of its high tax levels. The poor drank gin - and lots of it - mostly in illegal gin shops. Then, in 1830, in an attempt to reduce public drunkenness, improve the health of the nation and encourage free trade, The Beer Act was passed. This allowed anyone that paid a small fee to brew beer and sell it in their own homes - and so beer houses were born. It even allowed a low ABV beer called Table Beer to be brewed for children, women and servants as the tap water then was so unsafe! Thus, a new generation of beer drinkers was created.

Pint Shop takes the spirit of those original beer houses - namely craft beer, intimacy and fun - and throws in some killer food cooked on the coals, just as it was in 1830 and has it all delivered in the heart of the city by a team of amazing people.

Discover unique boutiques and boutique hotels mingled with communities of artists and craftspeople. Sample an award-winning restaurant or thriving little café tucked away in a back street – all easy to locate via the comprehensive Indie Cambridge directory.  It features hundreds of local traders, artists, makers, producers, venues and events – all of which play a part in the real life of the city and local area. Run by long-term residents with a true passion for all things indie, the site is packed with valuable insider knowledge of the local scene. And whoever you are - resident or visitor; whatever you search for, read about and choose to visit, you can be sure it’s independent!

Look out for the latest edition of Indie Cambridge's magazine, The Indie, out now - or read it online here.