Shakespeare’s Globe has released five films, each produced by a student from Anglia Ruskin University (ARU), to mark Earth Day this week. 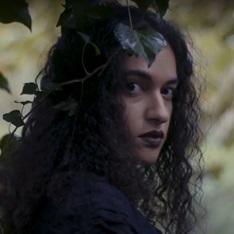 The films, which are being shared via the theatre’s social media accounts and youtube channel, are part of the Globe's online symposium, Globe4Globe: Shakespeare and Climate Emergency, taking place today and tomorrow (April 23-24).

Although Shakespeare and his contemporaries didn’t use the term climate change, the Globe’s Dr Will Tosh says that humans’ impact on the environment was being felt as early as the 16th century.

Dr Tosh, a Research Fellow and Lecturer at Shakespeare's Globe, said: “Shakespeare would have been very aware of the costs of deforestation, particularly in what was still called the Forest of Arden near Stratford-upon-Avon, which by the 16th century had lost a good deal of its tree cover. Moreover, London was struggling with the effects of air pollution caused by the hugely increased burning of coal, called 'sea coal' from its origin on the coasts of Northumberland, which produced terrible smog.

“Shakespeare lived just at the very dawn of the 'Anthropocene', the name for the geological age defined by human-made impact on the planet, and he would have had no conception of the scientific link between emissions and climate change.

“But Shakespeare and his contemporaries were well aware of the cost of an unpredictable climate: as his character Titania puts it, 'the spring, the summer, / The chiding autumn, angry winter change / Their wonted liveries, and the mazed world / By their increase now knows not which is which' (A Midsummer Night's Dream, 2.1.111-114).”

The project began pre-Covid, with ARU students from different disciplines attending workshops at the Globe, where they learnt how Shakespearean audiences watched the plays, and discovered how Shakespeare and his contemporaries experienced climate change.

Experts from the Globe visited ARU to explore texts in more detail and the students submitted a range of ideas for thought-provoking and ambitious short films exploring Shakespeare and the natural world. Although the pandemic slowed the process, the students were determined that the show must go on.

Hans Petch, Lecturer in Film and Television Production at Anglia Ruskin University (ARU), said: “It’s a testament to the resilience of the student film-makers at ARU that they lost none of their determination to make these films during the past year.

“Some ideas had to be rethought and reshaped. The Queen Mab speech from Romeo and Juliet was initially going to be set in a restaurant kitchen but was cleverly reconceived and shot in a forest. What the students have achieved in the most trying of circumstances is there for all to see in these films.”

Dr Will Tosh, of the Globe, added: "It's been an absolute joy to work with Hans and his students over the past 18 months - particularly during such a difficult and challenging time.

“The ARU film students have brought a thrilling imagination and power to their short polemical messages about the dangers faced by our planet, and have taken Shakespeare's words in wholly new directions. I can't wait to see what they go on to make."

Image:  Still from the film Bound by Laura Elmer