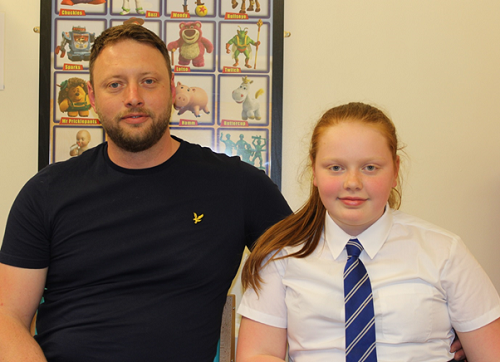 Cambridge University Hospitals NHS Foundation Trust, which has been pledged £100m towards a new children’s hospital by the Department of Health, is already pioneering new services to offer the many young patients it will see.

The service, which has quietly but steadily developed over the last 14 months, works alongside the adult MS services within Addenbrooke’s Hospital and consists of a dedicated team that diagnoses, assesses, and treats under 18-year-olds. It is geared up to provide seamless high quality multidisciplinary care in the Eastern region.

The development follows hot on the heels of news that the Trust is using advanced genome sequencing to help doctors identify genetic conditions in neonatal and paediatric intensive care units. The study, which has already made international television headlines, is the largest of its kind in the word.

MS, which is rare in children, is a chronic, typically progressive disease involving damage to the sheaths of nerve cells in the brain and spinal cord. Symptoms may include numbness, impairment of speech and muscular coordination, blurred vision, and severe fatigue.

A key benefit of the CUH team is that children from the east of England counties of Cambridgeshire, Bedfordshire, Hertfordshire, Essex, Suffolk and Norfolk are now likely to be diagnosed early, which improves the quality of treatment and outcomes going forwards.

Young patients no longer have to travel out of the region, and instead can conveniently access standardised investigations, treatments and therapies, and specialised paediatric neurology clinicians with a deep understanding of other support available within the hospital and further afield.

The team is able to signpost families to support in the community, such as support within schools or behavioural therapists, and make them aware of clinical trials at home or abroad they could participate in.

The team was brought together by consultant paediatric neurologist, Dr Manali Chitre, who leads around seven specialist paediatric clinicians and nurses who work closely with the adult MS service.

Dr Chitre, who is based in the Child Development Centre, said: “We are so proud of the progress here, which reflects the hard work of everyone over the last 12 months.

“With plans for a children’s hospital on site just around the corner, and a rapidly expanding population here in the east, it really could not be a better time to embed and further grow the service.”

Fellow paediatric consultant neurologist, Dr Gautam Ambegaonkar, added: “We have aligned ourselves together to create a single team which is dedicated to helping children in this region with MS and similar conditions. We are looking forward to going from strength to strength.”

Among the first patients to take advantage of the service was 12-year-old Maddie Roberts, whose parents Haley and Matthew first realised something was wrong when she complained of double vision in 2016. They went to the Lister Hospital in Stevenage, which referred them to Addenbrooke’s.

Matthew, an electrician from Letchworth, Herts, said: “Children with MS are quite rare and so it was a huge relief when we were referred to Addenbrooke’s and later came under the care of this specialist team. Everyone knows what they are doing and have been incredibly kind.”

Hayley added: “At the start it was all quite scary for Maddie but now she sees the same doctors every time she comes through the door.

“We’ve had some tough times, like when Maddie’s had to be admitted for eight days, but it is comfort of knowing this service is just 45 minutes from home and it is here to stay.”