How will the new Leasehold Reform (Ground Rent) Bill affect you?

The Leasehold Reform (Ground Rent) Bill is currently being considered by Parliament. If passed, what will it mean for your property? Emma Webster, Associate at Cambridge law firm Stone King LLP explains what landlords and tenants need to know. 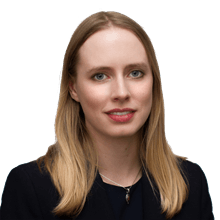 “Recently there has been a lot of discussion in the news around ground rents in residential leases where ground rents have been set so that they are frequently reviewed/ increased and, in some cases, leases have been drafted so that the ground rent doubles at frequent intervals.

“If it becomes law and an act is introduced it will effectively limit ground rents that can be charged on new long residential leases of houses or flats to a peppercorn (which is in effect zero pounds).

“However, there are some exceptions to this and it is worth noting that the contents of the bill may change.

“The bill was introduced following the Law Commission’s review on enfranchisement law and is the first of two pieces of legislation which aim to reform the residential leasehold market.

“Enfranchisement is the procedure through which certain tenants may buy the freehold of their rented property or extend their leases.

“The bill seeks to restrict the ground rent that can be charged on new residential leases for a term of 21 years or more to a peppercorn, although there are some exceptions to this.

“If passed, the act will only apply to new leases so those granted after the legislation comes into force. “However, an existing lease which is subsequently varied (so that the term of the lease or the extent of the lease is changed) so that the lease by operation of law is treated as being surrendered and regranted may be regarded as a new lease.

“If the act comes into force, and a landlord grants a new lease which breaches the ground rent restrictions and does not fall within one of the exceptions, then this will be an offence, and the landlord may face a fine of up to £5,000.

“Additionally, tenants who unintentionally pay ground rent will be entitled to claim the rent back with interest.”

Stone King is at Bateman House, Hills Road in Cambridge and Emma can be contacted at EmmaWebster@stoneking.co.uk or 0800 111 4336.