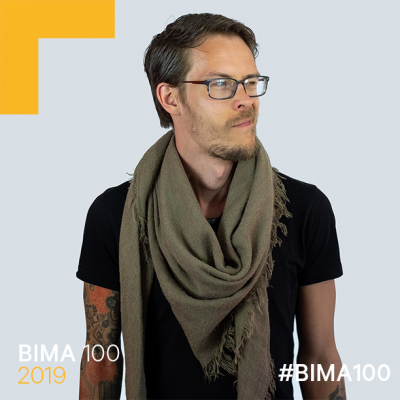 Studio 24's Accessibility Lead Developer Carlos Eriksson is named as a Champion for Change in the prestigious BIMA 100 awards.

To be named as part of the BIMA 100 is a prestigious accolade. The BIMA 100 celebrates the most influential, pioneering and changemaking people in the UK’s digital industry and Studio 24 is delighted to announce that our Accessibility Lead Developer, Carlos Eriksson has been selected by an independent panel of industry experts to join this year’s 100.

Carlos was named in the Champions for Change category following a year in which he has been championing a more inclusive technology industry to make a better web for everyone.

The announcement was made at one of digital’s biggest nights of the year, held at London’s OXO Tower on 8 May.

Speaking about his nomination, Carlos said: “I’m so honoured to be nominated as a Champion for Change. The web is built by people, for people. If we want to make a better web, we need to include people from all walks of life. We still have a lot more work to do.”

“Tonight is about celebrating the people who are the leading the industry right now,” explained BIMA Co-President Nat Gross. “It’s about the people we look up to, the visionary leaders and CEOs that can make our industry a better place. The people with the imagination, technical skill and creativity to take us forward; and the new talent that can keep our sector strong. When you look at the people in this year’s 100 – people like Carlos - I think we’ve really outdone ourselves.”