As someone who has worked passionately at the forefront of UK-China international business, trade and investment for the last 25-plus years, I have been deeply upset by the seemingly overnight deterioration in UK-China relations following the UK’s decision to ban Huawei’s 5G equipment. 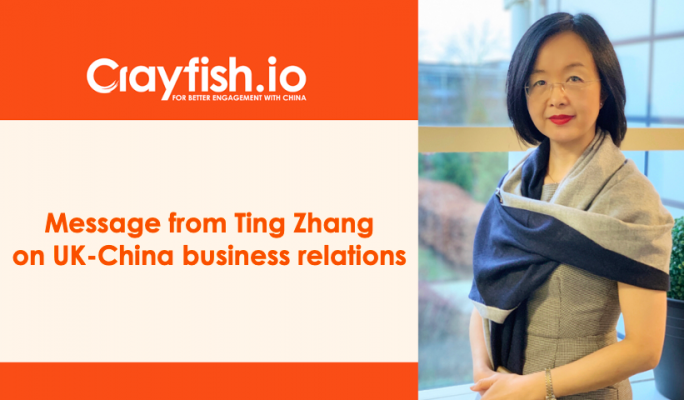 Five years ago, we were all talking excitedly about ‘a new golden era of UK-China relations’. In 2015, the UK became the first Western country to join the Asian Infrastructure Investment Bank and President Xi Jinping had enjoyed a memorable state visit to the UK, paving the way for UK-China relations to flourish. He talked about a “bilateral relationship” with a "community of shared interests” which would be lifted to a “new height”. And indeed, it did, with the UK becoming one of China’s largest trade partners in 2019.

Post-Brexit, there would be inevitable tensions around the UK’s trading relationship with Europe. Now the UK seems to be heading for additional tensions with a second major trading arm, China. But I don’t think it’s ever a good idea to burn bridges. And it really would be a terrible shame if both countries let political differences and challenges interfere with our otherwise growing friendship and trade interests.

Whilst the Huawei ban has clearly been a difficult decision, it does reiterate one thing that we, at Crayfish.io, have always known as it forms the very backbone of our business - and it’s this: Doing business with China can be challenging and unsuccessful if you do not properly understand the complexities, legalities and, most importantly, the unique culture of doing business with China. I know this because this is one of the most important aspects that we help UK businesses with to scale up and become successful operations in China.

China is regarded as strategically important to many UK businesses including SMEs. It is now the third largest importer of UK goods ($30bn), and the UK is the second largest recipient of Chinese FDI in Europe. The fundamentals of the UK-China relationship are still sound, in trade, investment, education, and cultural links – and so there is no reason why any of these dynamics should change.

Maintaining a long-term relationship - whether it’s between countries, governments, organisations or individuals – must always be based on trust requiring both parties to work at it and together, overcoming differences, and looking out for common ground and similarities, and sharing experiences.

This is why Crayfish.io exists – our online platform serves as a digital bridge to fill the gaps of knowledge by providing multilingual and multi-cultural expertise to facilitate genuinely mutual, win-win collaborations and partnership between the Western world and China.

This is a time for solidarity and collaboration – not burning bridges.

Ting Zhang is Founder and CEO of Cambridge-based Crayfish.io

We help fast-growing businesses succeed in China, offering essential business and professional services, all delivered by Crayfish® and our vetted partners. ...