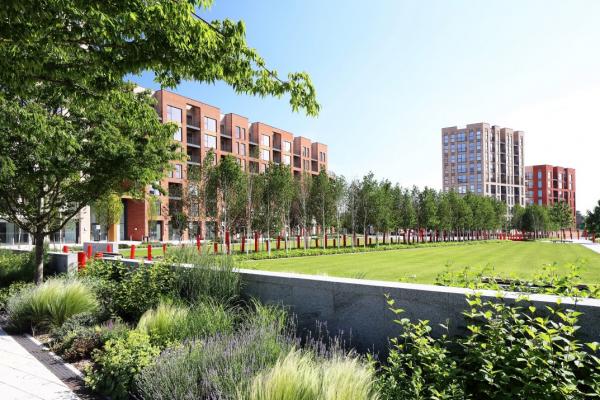 Metropolitan is undertaking the operation and management of the energy centre and district heating network at Colindale Gardens, under a 25-year Energy Services Agreement.

Colindale Gardens, being delivered by leading housebuilder Redrow, is a unique and significant development in the heart of North West London, consisting of 2,900 new homes with nine acres of open space. The new community offers a wide selection of homes from studio apartments to four-bedroom townhouses, as well as extensive onsite amenities, including a central four-acre park, new shops, restaurants, a health centre and a new primary school.

The site is served by a District Energy network. The energy centre houses a 1.6MWe Gas CHP Engine, three shell and tube gas boilers, three condensing gas boilers, and has thermal storage of 100,000 litres. The development is already part-occupied and Metropolitan will be welcoming around 1,000 existing customers.

Andrew Lamb, Senior Business Development Manager at Metropolitan, said: “This level of adoption takes a great deal of planning and organisation. A lot of work has been going on behind the scenes. Metropolitan has experience of high-volume adoption from previous projects, like Hallsville Quarter, where we took on 600 existing customers, proving our ability to do so smoothly and efficiently.”

The Colindale network was originally served by a temporary energy centre, with the permanent replacement now in use. Initially it will rely on three of the six gas boilers, with the remaining three being preserved until they are needed, as each phase of the development is completed and occupied. Metropolitan advised on the ‘mothballing’ process and will be available to offer expertise as each additional boiler is commissioned, as well as assisting with the ongoing CHP commissioning.

Since being appointed as the preferred bidder, Metropolitan has mobilised its engineering and adoptions team to work extensively with Redrow’s contractors. With the network including different types of Heat Interface Units and meters, there has been a great need for flexibility and attention to detail. Metropolitan’s team has been working with the current meter and billing provider to ensure a smooth handover, and has established remote monitoring through its own control room, prior to adoption.

The electricity network for Colindale Gardens was provided by Metropolitan’s sister company, Power On Connections. This too was a major project, which involved excavations under the Northern Line tube link.

Andrew White, Managing Director of Metropolitan, commented: “We are delighted to be working with Redrow, and alongside our colleagues at Power On, who are delivering the electricity infrastructure. The project is of a complex nature and it is good to know that all involved parties hold a similar ethos of high-quality service and delivery.”

Paul Muldowney, Managing Director at Redrow’s Greater London region, commented, “We’re pleased to have appointed Metropolitan as the energy services company at Colindale Gardens, our flagship London scheme. They will be a long-term partner on the project and have already demonstrated their professionalism and quality customer service.”