A new era for vaccine development?

Vaccinations against the COVID-19 causing virus began this week after the approval of an mRNA-based vaccine developed by Pfizer/BioNtech. This is the first COVID-19 vaccine approved in the UK and several other countries are reviewing the data. 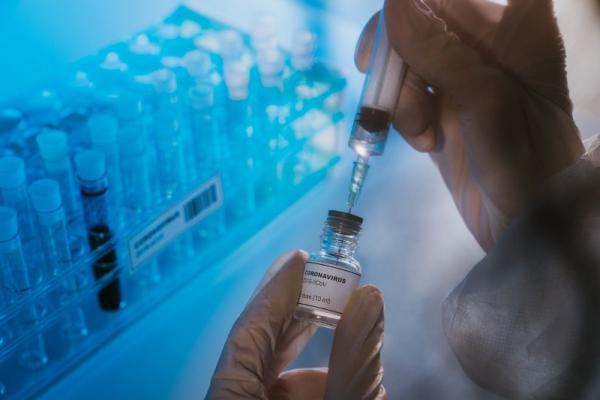 The speed at which the vaccine was developed, tested and approved by regulators for use is impressive. What is perhaps even more monumental is that it is the first ever vaccine of its type approved for an infectious disease. The approval of this vaccine could herald a new era for vaccine design and efficacy.

mRNA vaccines take advantage of the normal processes within human cells in the body utilising the machinery needed to produce viral proteins themselves. mRNA is a string of nucleic acids that give instructions to make proteins within cells.

mRNA vaccines against the COVID-19 virus instructs human cells to make the “Spike” protein that is present on the outside of the virus. Once the human cell has produced the Spike protein it will present it on its own surface where immune cells will recognise it as foreign. This recognition will trigger an immune response to remove it from the body. If the individual is then infected by the pathogen at a later date, they will already have antibodies and other immune components primed to quickly clear the pathogen from the body.

Traditional vaccine technologies produce either a less harmful version of the virus itself, part of the virus (e.g. a viral protein) or a harmless virus that makes viral proteins. Vaccine production of this type is lengthy and requires substantial manufacturing infrastructure to grow viruses in cells or get cells to produce viral proteins.

The production of mRNA vaccines is much more straight forward. A synthetic version of the mRNA is made using chemical synthesis rather than cells that have been grown in the laboratory, which is a time consuming and complex process.. This synthetic mRNA is packaged in a lipid nanoparticle and is injected into the human body, where human cells produce the protein needed to create an immune response.
Delivering mRNA vaccine success

Another mRNA vaccine to hit the headlines is one developed by Moderna. The revelation that scientists began designing the vaccine just two days after the genome sequence of SARS-CoV-2 was released on the 10 January. Production and preclinical tests began three days later. Together these highlight one of the major advantages of mRNA vaccine technology – speed. Once scientists know the genetic sequence of a pathogen they can quickly determine the genes to target for mRNA vaccine design.

This is not a new technology. Candidate mRNA vaccines for several infectious diseases have made it to small, early phase clinical trials in humans. Yet none of these have regulatory approval. The reasons are not clear cut but one explanation is that there simply has never been this level of resource pooled into developing them. Vaccine developers have shied away from investing in mRNA vaccines due to the high risks associated with a novel technology. New technologies of this kind need significant investment without much certainty that they are effective or safe.

The COVID-19 pandemic has provided the necessary pressure to outweigh these risks by the enormous benefit if the vaccines are successful. Without COVID-19 it is likely that the technology would not have prospered for some years.

Not a perfect technology

There are of course some snags in what could appear to be a solution to all infectious diseases. There are technical difficulties with using mRNA as a vaccine due to the nature of the molecule. For example, mRNA are large molecules that rapidly degrade if not kept at optimum low temperatures. This creates challenges in packaging the mRNA for delivery to cells within the human body and the storage of the vaccine doses before use. The cost per dose is also higher for the mRNA vaccines compared to the traditionally manufactured vaccines.

Now that an mRNA vaccine has approval it could pave the way for licensing other mRNA vaccines for other diseases. There is already a body of work developing and evaluating mRNA vaccines for several infectious diseases that either don’t have a working vaccine or the efficacy could be improved (e.g. influenza, cytomegalovirus, HIV-1, rabies and Zika virus). These could be the next investments from vaccine developers now the regulatory pathway is clearer.

The ease of design and rapid production of mRNA vaccines could be ground-breaking for rapidly changing viruses such as influenza. Flu needs a new vaccine each year, yet production typically takes around six months, leaving scientists to predict which specific strains to target way ahead of time. This delay, alongside technical challenges, means that flu vaccinations are often not optimal for the strains circulating each flu season. Using mRNA technology means a vaccine could be designed to protect against the circulating strain weeks rather than months in advance, reducing the risk of ineffective vaccinations.

The approval of the first vaccine against COVID-19 in the UK represents a truly remarkable feat from the scientific community. Multiple other vaccines, including the other mRNA vaccine by Moderna, are being readied for stringent scrutiny ahead of regulatory approval in the UK and many other countries worldwide. The mass vaccination with the first mRNA vaccine to be approved adds another historical moment for science during an otherwise harrowing year.

The PHG Foundation is a health policy think tank with a special focus on how genomics and other emerging health technologies can provide more effective, personalised healthcare and deliver improvements in population health. ...