The Good Work Plan brings important changes for employers and HR this year. Make sure you’re up-to-date by reading this month’s People Matter newsletter from the HR Dept.

Changes you need to be aware of this year

The government may have been tied up with Brexit for several years. But that’s not stopped them effecting significant changes to employment law which are planned to be introduced this April.

Following the Mathew Taylor review, the government has introduced a Good Work plan to increase rights and benefits for agency workers and workers. But some changes will apply for all employees. If you are an Advice Line Plus client of ours, we will automatically update all your contracts to reflect the changes.

The biggest change concerns the employment statement of particulars or contracts you are required to provide when someone starts working for you.

From 6 April, these will need to be given on or before the first day of employment (rather than within eight weeks), to everyone starting to work with you, whether they are permanent employees, fixed term or those categorised as workers.

Another important change is the length of time to break continuous employment, the benchmark for many employment rights. This will be extended from one week to one month. The employment particulars will be required to have additional information about the right to sick leave and pay, maternity or paternity, days and times of working and notice periods.

Holiday pay has always been a thorny subject for employers. And to iron out fluctuations in pay, the reference period for calculating will be extended from 12 weeks preceding the holiday to 52 weeks.

Employ agency workers? Much of the legislation is aimed at giving better protection, and what is called the Swedish derogation will be abolished. This allowed agency workers to be paid lower rates of pay than the company’s employees by paying them between assignments. Agency workers too will be entitled to a key facts statement outlining their entitlements.

The HR Dept have been actively calling for greater clarity on employment status through our Voice of the SME. This is because HMRC and employment law have different tests, which makes the risk of getting it wrong much higher. Please do contact us for help to avoid making a mistake.

Parents who suffer the loss of a child under the age of 18 will be entitled to two weeks paid statutory parental bereavement leave.

Finally a change which, at the time of writing, has not been confirmed but is likely to be introduced, concerns cases where personal services companies are used. Responsibility for IR35 tax compliance will shift from the company to the client or intermediary, which brings yet another headache for employers.

If you are concerned about how any of these changes will affect you, please contact your local HR Dept expert. 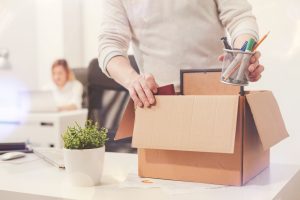 The words from Harry and Meghan that reverberated around the nation, and indeed the world.

It’s unlikely that a change of role for one of your valued staff will make quite the same shockwaves. But it may still have a very tangible impact on their colleagues, your client base and you.

You might want to announce the change. But if so, the announcement needs to be carefully stage managed. It’s been suggested that Harry and Meghan’s news was published without prior sign-off from other senior royals. This did not reflect well and shows why it’s best to get your ducks in a row.

Agree on a workable way forward for the employee, understand how it will affect them and other stakeholders, and how it will be presented. There may be contractual issues to contend with. Check the notice clause to see how much notice must be given and the options around it in their contract, and if a restrictive covenant is in place.

Getting all this right before going public should help you avoid a right royal botch up.

Gender reassignment in the workplace 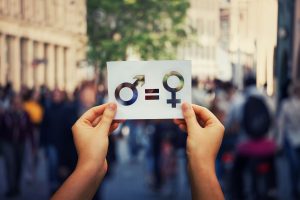 Given the news recently you would be forgiven for thinking gender reassignment is the most common HR issue for companies. It isn’t, but good to remember that it is a protected characteristic under the Equality Act 2010.

Debenhams recently settled a discrimination case for £9,000 (without accepting liability) after a candidate successfully argued they’d lost out during the recruitment process because they were transgender.

Under the Act, gender reassignment has a broad scope. It doesn’t explicitly include people identifying as non-binary (neither man nor woman), but the broad definition may cover them anyway.

So, if encountered, how should you manage gender reassignment? First off, recognise that it will be a sensitive issue and treat it as such. Each case will be unique and it’s wise to take a lead from the employee. They’ll need support and maybe time off for medical appointments. The rest of the team will need support too and a planned communication and support system will be essential.

Acas provide guidelines to follow to ensure your processes are legal. Get in touch with us and we can help you follow them, so that your transgender employee and your company can shine. 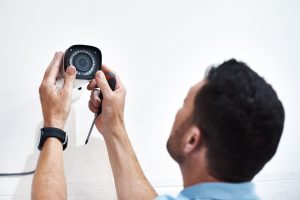 Covertly filming employees is not normally on. But as a recent case from the Grand Chamber of the European Court of Human Rights (still to be applicable to the UK after Brexit) shows, sometimes it can be a proportionate and legal path to take.

Back in 2009 a Spanish supermarket noticed tens of thousands of Euros worth of stock discrepancies. They suspected staff and installed CCTV cameras with a notification that CCTV was in operation. Some of the cameras were obvious, but some were covert.

Well, it was the covert cameras that caught 14 employees stealing. They were dismissed and five of them argued unfair dismissal in the courts on the basis that their privacy had been breached.

The former employees lost at both Spanish tribunal and high court. And then lost again on appeal at the Constitutional Court of Spain. However, when they took their case to the European Court of Human Rights they won. This was based on breaching their right to privacy under Article 8 of the European Convention on Human Rights.

As stated earlier, this decision has been overturned by the court’s higher authority.

After its ruling, the Grand Chamber shared observations which can be used as guidelines for any business that feels the need to consider covert filming:

• You must have a legitimate purpose to justify the level of intrusion.
• Is a less intrusive alternative available?
• The employee should be notified of monitoring measures.
• The level of intrusiveness should be assessed, including how private the area being filmed is, who has access and how much is filmed in terms of time and space.
• What safeguards are in place?

An Employment Practices Code is published in the UK by the Information Commissioner’s Office. This states that covert monitoring is only acceptable in exceptional circumstances. If you ever need advice in this area, call us. 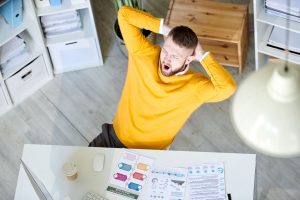 “Yaaaaaawn!” You hear across the office. As certainly as night follows day, it tells you that it’s 4pm and at least one of your team is lagging.

Before you get too shirty with them, consider that it may not be entirely their fault. The circadian rhythm – our body clock (in plain English) – typically makes us sleepy around this time.

They may not realise that their diet’s not helping either. Carbs like bread and pasta make people sleepy. While you can’t dictate food choices, you could informally highlight that protein like chicken or egg at lunch, for example, is better for powering through the afternoon.

What’s more within your control is task allocation. If possible, consider getting people mobile at 4pm. Is there anything more physical, fun or collaborative to get people up from their desks to stimulate a bit of energy before the end of the day? 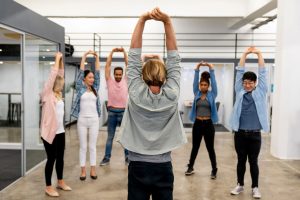 Your to-do list for your team: Process orders, ship work, go to gym…

While you may risk being told to “do one” if you start ordering staff to get some exercise, one company in Sweden is doing just that. They have a mandatory policy of “sports hour” every Friday, where employees are required to exercise on company time. With this in mind you may not be surprised to learn that the company has also banned all chairs in the office.

Many Swedes believe that if you exercise and take care of your body, you’re a better person. But even though exercise is high up in people’s thinking in January, would this be a step too far in your business?

Local businesses throughout Cambridgeshire, run by people like you, outsource their HR because it is easier and more cost effective. We tell you what you can do, not what you can’t. We are here to give you practical and sensible help to sort out problems whenever you need us. When you are thinking about how to grow for the future, we can help you put together the ‘people plans’ to enable you to be even more profitable tomorrow.