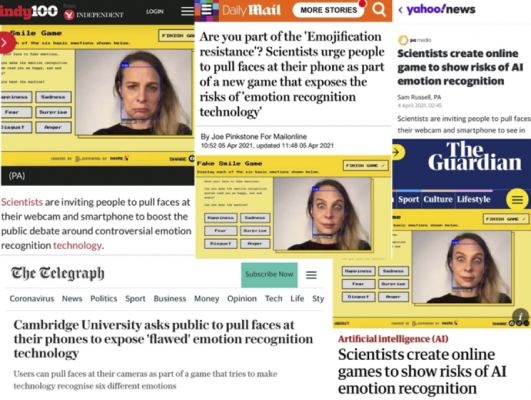 The how, what and why of using strategic communication to achieve your aims from Simon Hall, whether you're raising money, selling services, or even investigating murder...

Maybe it's me, perhaps it's just part of being human, but I'm such a hypocrite.

When I'm teaching, I always tell a group:

- Never assume knowledge. Keep it simple. If in doubt, always translate jargon and explain exactly what you mean.

Yet this week saw a fine personal fail on that front.

I was talking about strategic communications, when one person put up their hand and said:

- Can you explain what you mean by strategic comms?

I stopped, surprised, and was even more taken aback that others in the group were nodding and agreeing.

Oh dear. (To put it politely.)

That took the wind out of my sails, I can tell you.

But it was a powerful lesson, a mistake I'm resolved not to make again, and a spur to write this blog.

A quick explainer of strategic comms, why it's worth thinking about and how it's done.

All tackled simply and in plain English, of course!

What is Strategic Communications?

In essence, strategic comms is this:

- The use of communication by an organisation, or even individual, to help achieve their aims.

When I put it like that, I wonder once again how I never mentioned the definition in my teaching given how much of it I do.

But enough of the self flagellation. That's it, strategic comms simply defined.

Now onto the more interesting points.

An insight into the art of strategic communications, starting with the two most important points.

The first fundamental is this:

- Who are you talking to? Ideally, who do you want to hear your message?

There might be a whole range of answers to this question.

At one extreme, it could be anyone in the country, or even the world.

That's often the case when you're looking for mass media coverage, to raise awareness of a product, service or idea.

A recent campaign my company, Creative Warehouse, ran for the University of Cambridge is an example.

We needed thousands of people to sign up for a test platform on artificial intelligence emotion recognition, so targetted the mass media.

And the image (amongst other coverage) shows the result:

Another story was for a science company which wanted to raise millions of pounds to expand.

On that occasion, we targetted about 20 people who ran the investment funds we knew would be interested by placing a story in specific business media.

(Sorry I can't show you the results of that one - it was very hush hush - but it worked nicely.)

Both of the above were national media campaigns.

But sometimes you might want to speak to the local or regional news outlets.

Here's an example of something we did for a lovely cafe here in Cambridge, The Edge, which does great work helping people in recovery from addiction.

The front page mention we got, and the story inside, helped raise awareness and bring in customers from their target local area.

Occasionally, you might even target just one person with your strategic communications.

Going back to my BBC days, I've known the police put out stories to see how a single, sole individual might react.

Yes, you did read that right - a target audience of just one.

Imagine detectives suspected someone of a dreadful crime, but didn't have enough evidence to convict him.

Perhaps they were looking for the murder weapon but couldn't find it, and had that person under surveillance.

They knew he always watched the regional TV news at 6.30, to see if there were any updates about the case.

How might he react to a story about the police carrying out excavations in a certain area?

If he was relaxed, then the officers move on elsewhere. But it he showed signs of agitation and stress...

The stuff of fiction?

No (even though such things do happen in my crime novels!)

Not fiction but another example of strategic communications, putting out messages to help achieve your aims.

Once you know who you want to talk to, the next question is what to say to them.

What do you put out that will have the best possible chance of helping to achieve your goals?

In the emotional recognition story, it was simple.

We asked people to sign up and try the platform, but, importantly:

- Emphasised the message it was fun, a little like a video game, but one which could help with vital research.

And people did indeed sign up, in their tens of thousands.

With the business story it was a little cuter.

We didn't want to pitch for cash, as that could have looked like a sales operation and been offputting.

So instead we emphasised the company's great success, how fast it was growing, and its projected dazzling future.

In other words, it was going to make investors a big pile of gold if they got in now.

Funnily enough, that prompted a flurry of interest from the very people we were hoping for.

The key with the message, as with so much of life, is to answer this question in the mind of the audience:

Offer them something, whether subtly or not, and you should have an effective message.

I know it's tempting to talk lots and lots about something which is so important to you, but the best strategic comms have a simple core message.

There were millions of words expounded on the theme, but that was the basic core message back in those awful days at the start of the pandemic in the UK.

If you can sum your core message up in a handful of words, it will really help you make an impact with your strategic communications.

People will only remember a little from whatever it is you tell them.

So make sure the key message comes in early.

By all means expand on it from there, but start with that fundamental point.

You can see more on how to put together a killer core message in this blog of mine.

It's a great skill to master, not just for strategic comms but a whole range of your communication work, from writing reports to giving presentations.

Part of the art of strategic comms is getting your timing right.

My latest book, on the art of writing blogs, will, strangely enough, be accompanied by some social media posts by myself and my publishers on the importance of having a good blog.

When I'm working with a company which is raising money, it's strange how often a story appears in the media about its work.

Often just before a group of investors are due to see the bosses give a presentation to them.

We find impressing them, and raising expectations before we start the pitch, to be a smart strategy.

Likewise if a new product is being released.

A news story is usually the best form of publicity available, and a lot cheaper and more convincing than advertising.

By the way, just as a final insight into whether strategic communications works, because I know you'll be asking:

The police got their man.

The knife was in a small lake and provided critical evidence.

He showed lots of agitation when the search featured briefly on the news, so in went the divers, and about nine months later he was convicted of murder.

I'm not expecting you'll need quite that kind of support with your own strategic comms, of course.

But if you do need some help, please get in touch via the Creative Warehouse website and we'll be happy to see what we can do.