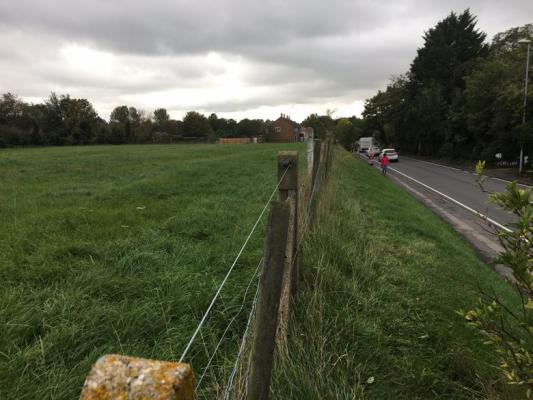 Work will begin this week on the final segment of a cycling scheme that will make it easier and safer for people to travel around Greater Cambridge on a bicycle.

The existing path and cycleway in Ditton Lane will be widened to between 2.2m and 2.5m to complete the Ditton Lane/East Cambridge Cross City Cycling scheme.

It is the final piece of the puzzle for this section of the Greater Cambridge Partnership’s £8m Cross City Cycling network, which has seen thousands of people benefit from better journeys on foot and bicycle – encouraging active travel to improve air quality and help reduce congestion on the roads.

Cllr Roger Hickford, chair of the GCP’s Executive Board, said: “The completion of the Ditton Lane project will make it safer for people to leave their car at home and get around on foot or by bike, and will particularly help families travelling to Fen Ditton Primary School.

“This is one of 18 major active travel projects being delivered by the GCP as we expand and enhance Cambridge’s cycling network, which has become even more vital in the recovery from Covid-19.”

The widening of the cyclepath will be on the east side of the Ditton Lane, along the section next to the paddock between High Ditch Road and house numbers 121-131 Ditton Lane.

Temporary traffic signals will be in place between 9.30am and 3.30pm from Thursday to enable the work to be carried out safely.

The east side footway will be closed during the works so people will be diverted to the west side footway. A temporary signalised pedestrian crossing will be in place.

The GCP’s Executive Board has also approved 11 of 12 proposed Greater Cambridge Greenways, which will provide high-quality active travel routes between the city and surrounding towns and villages.

Construction is underway on the Chisholm Trail and Abbey Chesterton Bridge which, when complete, will provide a mostly off-road walking and cycling link between Cambridge North and the employment sites in the north to Cambridge Station and the Cambridge Biomedical Campus via the city centre.