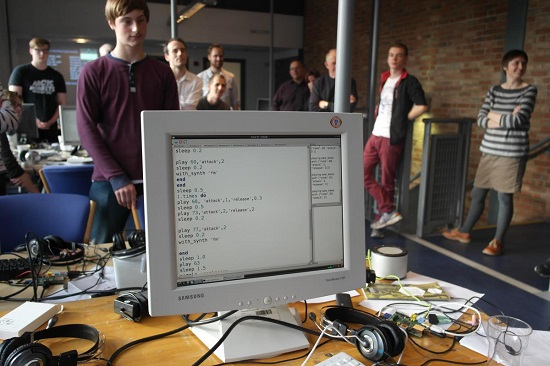 Cambridge Junction and key partners Cambridge University Faculty of Education and The Raspberry Pi Foundation are pleased to announce that they are to be the recipients of a grant of £124,663 from the Digital R&D Fund for the Arts towards a pioneering project developing the making of music using the Raspberry Pi computer.

The Digital R&D Fund for the Arts has announced that the Sonic Pi: Live & Coding project is one of only eight new digital research projects to be supported by the prestigious national award.

The ground-breaking project focuses on the low cost (£25), highly accessible, credit-card sized Raspberry Pi computer which was created to encourage children and young people all over the world to learn programming. The Sonic Pi: Live & Coding project will explore the computer's use in education, particularly the creative potential of live coding to provide new pathways for young people into digital music.

Two six week trials in secondary schools will support young digital musicians through composition via whole-class tuition and artist-led masterclasses to performing in arts venues. Compositions will be shared as code via an online forum, encouraging community mash-ups and jams. Ten artistic explorations of Sonic Pi Live in the form of ‘Pop-Pi-videos’ will also be commissioned.

A five-day summer school at Cambridge Junction will be held in July to extend the trial into informal education, allowing young people from the trial schools to gain Bronze Arts Award qualifications as ‘Digital Leaders'.

A project will culminate with a summit to be held in Cambridge in November where the research and performance outcomes will be shared and a set of free online resources launched for schools using Sonic Pi Live.

About the Digital R&D Fund for the Arts 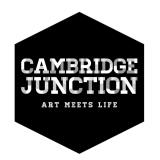 Cambridge Junction is all about great music, art and entertainment. We are welcoming to anyone and to all, providing opportunities to connect, learn and experience. We encourage audiences and artists to be confident and curious. We are the place where art and technology meet life.