A new centre provides a platform for Tracerco, part of Johnson Matthey Plc, to expand its measurement technology innovation activities for customers in the oil, gas and petrochemical industries. 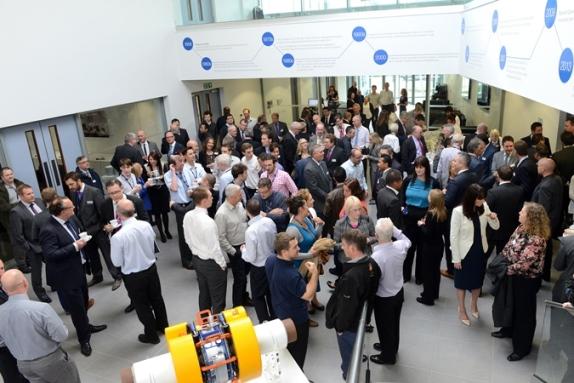 Leading industrial technology specialist Tracerco has reaffirmed its commitment to the north east region of the UK with the official opening of its new 61,000 square feet Measurement Technology Centre in Billingham.

The £9 million investment, which houses 150 people, provides a custom built Research, Development and Engineering Test Centre for its team of scientists and engineers. It gives the business a platform to expand its measurement technology innovation endeavours for customers in the world’s oil, gas and petrochemical industries.

“The opening of the new Measurement Technology Centre marks a significant and essential investment in research and development to support Tracerco’s ongoing quest to meet the petroleum industry’s most pressing measurement challenges. I am confident that the recent launch of Discovery, the world’s first CT scanner for pipeline inspection, marks the first of many exciting, new innovations that Tracerco’s customers can expect.”

Tracerco received a £1 million grant from the ‘Let’s Grow’ RGF programme following its commitment to expand its science and engineering team at BIllingham. Tracerco will recruit in excess of 50 new staff members as a result of the MTC development.

Johnson Matthey is a leader in sustainable technologies. Many of the group’s products enhance the quality of life of millions through their beneficial impact on the environment, human health and wellbeing ...