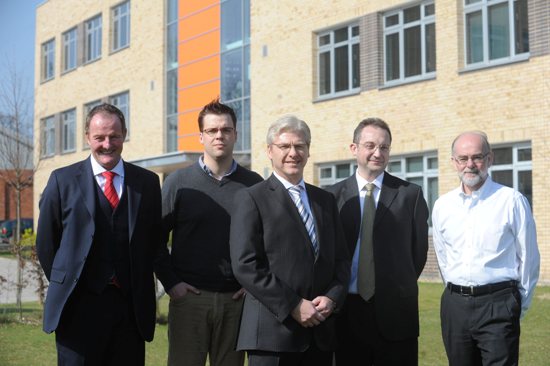 A Cambridge Awards Week seminar that asked the question ‘Social business, does it stack up?’ came up with a resounding “yes”, but with a warning to companies to think about how they go about it.

Companies often see social media as another communication channel and treat it as they would an advertising campaign-  but this is mistaken, said Matt Rhodes of Fresh Network. “People don’t like brands on Facebook and Twitter and won’t follow you unless they have a good reason to do so. They are not a replacement for ads. ”

Not all companies should use social media and they should only use it when they have something to say: “The campaign mentality doesn’t work. You get followers excited and then just walk away from them when it’s over. It needs to be an ongoing conversation and should be looked at in terms of ‘what can be fixed by social media?’ not as a channel.”

Examples of this included Threadless, a T-shirt company that asks followers to come up with designs and then people to vote for their favourites that are then manufactured; Nike Plus, an online running experience, that managed to convert 60% of users to customers even though it wasn’t a sales site; and Covent Garden Soup, which used its online followers as an R & D department putting forward recipe ideas, one of which was used each month.

New ideas are important, said Charles Nixon of Cambridge Marketing College, but the skill is getting on the right ideas. “If it’s right you are on a wave and if it’s wrong you’ll be hit by a wave. It’s important to identify where creative waves are coming from and ride them.”

A product lifecycle can see a product take off quickly, have a short-lived peak and then decline sharply. “Something can appear to be the greatest thing and then not be and sometimes not take off at all.” Economic warfare was one element currently driving the marketplace, with interesting ideas such as cheap cars form Indian company Tata, money transfers from phone to phone in countries where people don’t have bank accounts from M-Pesa; and Zappos, which sells shoes on the premise that they make people happy. The fate of most companies could be seen by the fact that in the Fortune 500, only four companies were around 100 years ago.

Charles Elvin from the Institute of Leadership and Management spoke of the importance of social media in learning. “Social media for learning, education and professional development is essential for organisations and we are now moving towards lifelong learning in the context of work.” One of the key issues was learning which sources to trust. “You should challenge the source, be more mistrustful but also experiment and engage. Organisations with a social mission are the ones to seek out.”

One example of using social media to learn within an organisation came from Dixons, which had increased sales through producing ‘how to’ videos from the top sales person for each product for other staff to view.

His main tip though was to experiment, “No one has written the rule book yet.”

The social intranet, said Steve McReavy of Jive, was the key to collaboration within organisations and could increase productivity, drive innovation and reduce costs. “Within the social intranet the community creates ideas, but to work everyone has to be on it every day so an adoption strategy is key.” Through a social intranet, one company, he said, had reduced the time to find a business answer from four hours to 11 minutes.

The big trend he said was gamification, which uses techniques used in gaming in a non gaming context. “This will bring information to people that is relevant without the noise.”

Both social media experts and newcomers found something from the event to take away.

Said Jake Hornsby of the University of Cambridge computing Services Department. “The event was inspiring, I didn’t think of things in that direction before and there are plenty of things to think about.”

Said Bobby Deal of GRS (Global Regulatory Services): “We’re on a learning curve as we’ve just moved to the cloud and started using social media. It’s good to see what the rights and wrongs of social media are -  and one of the presenters wants to work with us.”

Gareth Baldwin, from creative communications agency Corporate Innovations: “Social media is the biggest thing talked about, but the least explained. The event was excellent for giving clarity to some things I’ve been pondering for some time and and crystallising what works and what doesn’t.”