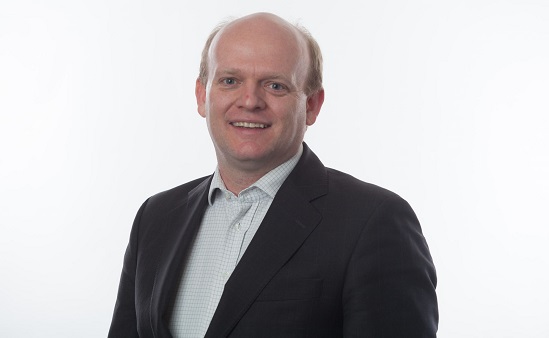 Ubisense Group plc today announced that its co-founder and Chief Technology Officer (CTO), Dr Andy Ward has been awarded the Royal Academy of Engineering Silver Medal in recognition of his outstanding individual technology and business achievements.

Dr Ward is one of only three engineers to receive the coveted 2015 Silver Medal award, established in 1994 to recognise engineers who had achieved significant commercial success in their fields and contributed to the advancement of British engineering.

Dr Ward has designed, built and worked with in-building location systems for more than 20 years. In 2002, he co-founded Ubisense Limited, one of the first companies to commercialize ultra wideband (UWB) in-building tracking products. Now serving as CTO, Dr Ward leads technology planning and development for Ubisense.

“It’s an honour to receive the Silver Medal,” said Dr Ward. “British engineering is recognised worldwide for its excellence, and I’ve been fortunate during my career to have worked in the UK with very talented engineers, and to have benefited from the support in this country for new technology companies. It’s hugely rewarding to be part of such a dynamic and exciting community.”

Today Ubisense is considered a global leader in enterprise location intelligence solutions. Based on Dr Ward’s ongoing innovations, Ubisense Smart Factory leverages UWB and other location intelligence technology to enable manufacturers to gain real-time operational awareness, and unprecedented process visibility and control. As a result, leading vehicle manufacturers currently using Ubisense Smart Factory include four of the top five and eight of the top 15 global automotive companies across Europe, Asia and the US.

“Dr Andy Ward has made major contributions to engineering by making real-time location information available in the most challenging environments,” said Andy Hopper, Chairman of the Board of Directors, Ubisense. “The manufacture of vehicles is the first major market with around two million cars made annually using Ubisense products. This combination of excellent British engineering deployed and sold in worldwide markets is an exemplary achievement.”

Dr Ward studied at Cambridge University, receiving a master’s degree in computer science and a PhD in sensor-driven computing. He then led research on location technology at AT&T Laboratories Cambridge prior to co-founding Ubisense. He is a Chartered Engineer and a Fellow of the Institution of Engineering and Technology (IET).

The Silver Medal will be presented to Dr Ward at the Royal Academy of Engineering annual awards dinner today (16th July) at London’s Landmark Hotel.