When it comes to discovering new medicines for diseases such as cancer, diabetes and dementia, the Oxford and Cambridge clusters should collaborate rather than compete - that’s the message emerging from a major study just published into the biomedical industries centred around the two cities. 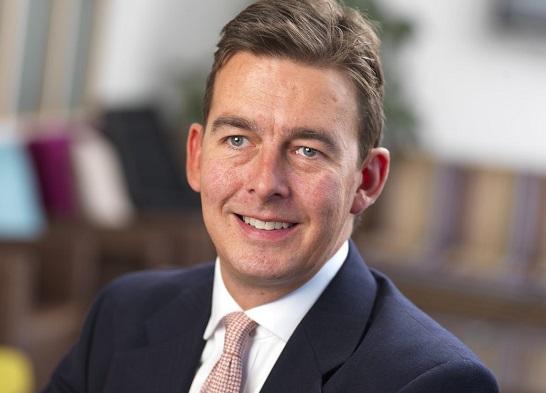 The analysis of the companies was commissioned by Bidwells, a property consultancy firm with a growing client base in the science and technology sectors, and was undertaken by Jeanette Walker of letscellit.com.

The findings have now been published along with maps showing the location of the companies in each city.

The study shows that together, Cambridge and Oxford are home to two of the world’s top four universities, five of the UK’s leading NHS Foundation Trusts, five globally-renowned research institutes, the UK’s top two pharmaceutical companies, over 600 biotech and medtech companies including 15 listed companies with a combined market cap of $5.7bn, four of the “Fiercest Biotech Companies” in the last five years and 34 biotech companies with clinical stage assets. That’s in a combined geographic area of 2,514 sq miles - about a third of the size of Massachusetts.

The study, which focused on companies engaged in the therapeutic supply chain ranging from disease prevention, diagnosis, treatment and monitoring, also shows that the clusters share many similarities in terms of the opportunities and the challenges that could affect their future growth and prosperity. For example, expressed as a percentage of the number of companies in each cluster, about a third were established in the last five years, a fifth are in foreign ownership with the US the largest inward investor and about 20% are therapeutic product companies.

Key findings from the research:

According to Will Heigham, Partner at Bidwells, the study also reveals the trends driving demand for property in the biopharma sector, and highlights key issues that could affect the growth of the clusters and their global competitiveness in the future.

He said: “With increasing demand and limited supply, R&D and incubator real estate has become an increasingly rare and expensive commodity particularly for smaller companies which are not always the most attractive tenants to developers and property investors. "Availability of suitable property is likely to be a major issue for many of the companies in the clusters in the coming years.

"The fact that more than half the biopharma companies are based on a science, technology or research park, suggests a preference for co-location with other similar companies. Would this percentage increase if supply of R&D real estate on parks was more readily available?”

Jeanette Walker, director of letscellit.com, and author of the report said: “While competition is healthy in any industry, when it comes to discovering, testing and marketing new medicines, it makes sense for the two clusters to set aside their rivalries, exploit their world-wide reputations, pool their skills and resources, and work together."

This collaborative approach is consistent with the concept of the Golden Triangle and MedCity which recognises that although London, Oxford and Cambridge are internationally renowned centres of excellence in biomedical science in their own right, as a cohesive, functioning cluster, the Triangle has the potential to be far more powerful than each of its individual parts.

Will added: “Our starting point was to map and audit the biopharma sectors in Cambridge and Oxford to get a good understanding of their scope and nature.

“We set the cluster boundary at a 20-mile radius of the city centres, identified the companies that fell within the scope of “biopharma” and then collated data about their age, nationality, primary focus, activity and location.

"This has given us and other interested stakeholders a solid basis from which to explore how Cambridge and Oxford could work more closely in the future, as well as how to address some of the challenges which range from the current shortage of suitable properties to issues around gender and age diversity of CEOs.

“We see this as a small yet very significant first step in understanding what is needed to realise the enormous potential of the Golden Triangle not just in terms of driving economic growth, but also in delivering better treatments and outcomes for patients both in the UK and beyond."

Bidwells operates in the heart of the Golden Triangle and over the past few years has provided more than 1.6m sq ft of lab space for occupiers in this region.

To read the reports and download the cluster maps please visit: http://www.bidwells.co.uk/research/cambridge-and-oxford-biopharma-clusters

Founded in 2009, letscellit.com provides business-related consulting services to the biomedical industry. Founder Jeanette Walker has studied biopharma clusters for over 10 years and has played an active role in the development of the Cambridge cluster since 1997.

Bidwells is one of the UK’s leading property consultancies, offering clients knowledge of, and access to, some of the most interesting real estate markets with the highest growth potential in the UK.

Over 80% of the consultancy’s work is concentrated in the ‘Golden Triangle’ of Oxford, Cambridge and London, including sector-leading work in the science & technology, and education sectors. Bidwells helps investors, developers, occupiers, house builders and home owners to harness the benefits of the exceptional growth in these markets which represent over 44% of all real estate activity in the UK.

In addition, Bidwells has a strong rural presence and manages thousands of square miles of the English and Scottish countryside and coastline. It is one of the leading consultancies in the high-growth forestry, renewables, and agriculture markets. These markets have consistently outperformed equities and bonds in recent years and are of significant interest to UK and overseas investors.

Established in 1839, Bidwells has retained many of its original clients, including some of the best-known colleges in Oxford and Cambridge who are among the biggest landowners in the UK. Today, Bidwells manages over £5.2 billion in property assets and employs 500 people in England and Scotland.