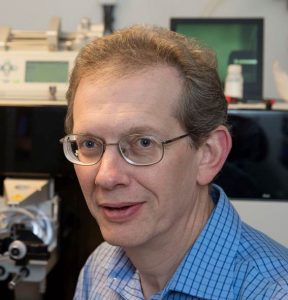 A new collaboration between University of Cambridge researchers and global pharmaceutical company GlaxoSmithKline (GSK) has been established to discover and develop new medicines to treat HIV.

We are delighted to be involved with GlaxoSmithKline’s DPAc initiative with the goal of developing and commercialising novel therapeutics to treat HIV.
-Dr Rachel Atfield, Cambridge Enterprise

The partnership will build upon the work of Professor Paul Lehner (pictured), in the University’s Cambridge Institute for Medical Research (CIMR), who has identified a novel mechanism by which Human Immunodeficiency Virus (HIV) remains hidden in cells.

Despite the remarkable success of conventional Highly Active Antiretroviral Therapy (HAART), HIV persists in latent form, is not eradicated, and HAART does not fully restore immune system function. As a result, HIV continues to be a major public health issue with more than 12 million people worldwide receiving HAART treatment. HAART controls HIV, but has associated side effects, requires lifelong treatment and resistance is spreading. There is an urgent requirement to develop new drugs which reactivate ‘silenced’ HIV for subsequent eradication by existing antivirals. If successful, such an approach would convert the current therapeutic endeavours from prevention and maintenance of HIV to a treatment that effectively eliminates the virus.

The aim of the project is to discover and develop inhibitors of a novel protein complex involved in virus latency that was recently discovered by the team led by Professor Lehner. Such inhibitors would have the potential to promote viral reactivation for subsequent killing by existing medicines. The collaboration with GSK will combine Lehner’s long-term research with GSK’s expertise in drug discovery and development in order to develop new therapeutics. Work on the project will be carried out both at GSK and at the CIMR.

“Currently, patients infected with HIV are treated effectively with HAART, but this does not eliminate the virus and therefore HAART medication has to be lifelong,” said Professor Lehner. “This partnership brings together our collective expertise in target biology and drug discovery to tackle an important medical need. Our goal is to find a way to eliminate this virus and by teaming up with GSK, we have a great opportunity to turn our research into effective treatments.”

This alliance is part of GSK’s Discovery Partnerships with Academia (DPAc) initiative – a new approach for early drug discovery, designed to bring together the complementary skill sets of GSK and individual academic groups in the search for new medicines.

“We are delighted to be involved with GlaxoSmithKline’s DPAc initiative with the goal of developing and commercialising novel therapeutics to treat HIV,” said Dr Rachel Atfield, a Life Sciences case manager at Cambridge Enterprise, the commercialisation arm of the University of Cambridge, which finalised the deal.

Under the terms of the agreement, the University and Cambridge Enterprise will receive success-based financial support from GSK tied to reaching agreed milestones, as well as an upfront payment and royalties on sales from any product that is successfully commercialised out of the collaboration.