Passionate about Antarctica and Antarctic heritage? Here's a job for you... 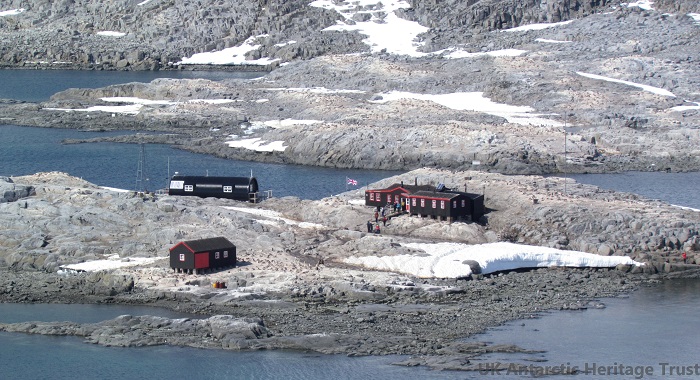 The UK Antarctic Heritage Trust is looking for four committed individuals to spend five months in Port Lockroy, situated on Goudier Island in the Antarctic Peninsula.

The United Kingdom Antarctic Heritage Trust (UKAHT) is a UK based charity, which exists to advance the preservation, enhancement and promotion of Antarctic heritage to engage, inform and inspire a global audience. UKAHT’s Cambridge-based team is supplemented by seasonal teams, which are collectively responsibility for conserving and managing six historic sites and monuments (HSMs) on the Antarctic Peninsula. UKAHT aims to preserve these historic sites for the future and to provide high quality visitor experiences to those who visit. UKAHT also run a programme of public engagement activity in the UK, including a membership scheme - the ‘Friends of Antarctica’ - a grants programme and a nationwide programme of public events.

Each year UKAHT’s Cambridge HQ searches for committed individuals to make up a team of four to spend up to five months (between November and March), living and working at Port Lockroy in Antarctica, running the seasonal operation of the site. This includes various challenging tasks such as maintaining the historic buildings, preserving artefacts, observing wildlife, managing the gift shop and running the Government of the British Antarctic Territory Post Office.

Port Lockroy is UKAHT’s flagship site, situated on Goudier Island in the Antarctic Peninsula. Following a conservation survey in 1994 Port Lockroy (British Base ‘A’) was recognised for its historical importance and declared Historic Site and Monument No. 61 under the Antarctic Treaty.  The buildings were restored in 1996 by a team from the British Antarctic Survey and have since been open to visitors during the Antarctic summer. UKAHT took over the running of Port Lockroy in 2006.

As well as being an important natural and historic site, Port Lockroy is also a popular destination for people around the world who wish to learn more about Antarctica. During the austral summer months (November to March) approximately 18,000 people visit the site – the equivalent of one to two ships per day.  Part of UKAHT’s role is to monitor the impact of these visitors on the wildlife, record the number of visitors and ships visiting the area, and, in accordance with the Antarctic Treaty, follow strict guidelines to ensure the environment is properly cared for.  UKAHT also run the post-office at Port Lockroy on behalf of the Government of the British Antarctic Territory, which in turn donates a proportion of the Post Office revenue to UKAHT.  Around 70,000 cards are posted each year for delivery in over 100 countries – mail usually takes up to six weeks to arrive.

UKAHT is now inviting applications for the 2018/19 Port Lockroy team and is particularly looking for people with experience and skills in one or more of the following areas:

Given the extreme environment successful candidates will also need to be physically fit, environmentally aware and have a practical knowledge of minimum impact living.  Port Lockroy staff are required to live as sustainably as possible. The accommodation is basic but comfortable.  Most importantly, successful candidates need to be passionate about the Antarctic and UKAHT’s role in conserving it for generations to come.

To apply for the position visit http://www.ukaht.org/get-involved/jobs/port-lockroy/

for more information and to download the application form and further documentation relating to the job. Applications close at 1730hrs GMT on Monday 12th March.

If five months in Antarctica isn’t an option, there are additional ways to get involved and support the work of UKAHT. Becoming a ‘Friend of Antarctica’ ensures members are kept up to date with UKAHT’s activities via e-bulletins and twice-yearly newsletters and invitations to selected events. Find out more at www.ukaht.org