42 Technology is developing a smart metering technology breakthrough that will potentially allow energy suppliers for the first time to provide customers with itemised bills and statements showing their specific electricity consumption by appliance type. 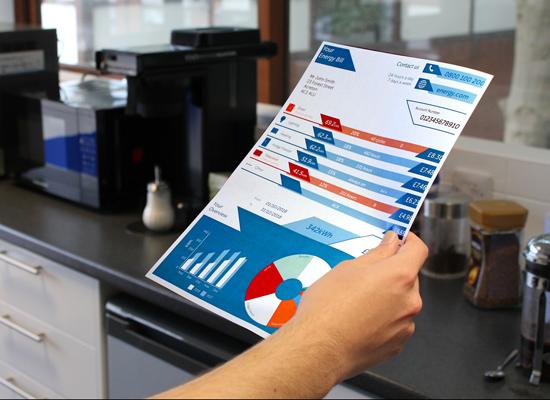 This detailed analysis, which can also be displayed in real time via a phone app, could give consumers the feedback and encouragement they need to start taking a more active role in managing their household electricity bills.  For example, by deciding to limit usage of specific appliances, to switch devices off rather than leaving them on standby, or to replace outdated appliances with more energy-efficient models.

42 Technology’s patented Triple Ohm technology is being developed for integration into a new generation of smart meters for use in domestic or commercial environments.  The technology works with all electrical appliances and has been specifically designed so that everything is embedded within the meter without consumers having to purchase any special switches, devices or other technology add-ons.

Triple Ohm works by monitoring changes in the high frequency current or voltage harmonics in a single- or poly-phase power supply caused when specific appliances are used within a building.  It can identify and differentiate between the characteristic traces belonging to specific appliance types and, using a sophisticated data analysis algorithm, separates them out to calculate energy consumption per device.  The resulting data can then be displayed in real time via a smartphone app or a low cost home energy monitor, or stored within the meter for incorporation into the householder’s next bill.

“42 Technology has recently been awarded an Innovate UK Energy Catalyst 4 grant to help us demonstrate the feasibility of using Triple Ohm technology to identify different appliance types and to separate out their demands from a single metering point.  We have already built a number of demonstration units, several team members have had them installed in their homes as part of a field trial, and we are starting to collect real usage data to show to potential development partners,” said Jeremy Carey, managing director of 42 Technology.

One of the problems with the current generation of home energy monitors linked to conventional or smart meters is that they can only display a householder’s total energy consumption.  A consumer can immediately see how much their electricity consumption has increased when by switching on a specific appliance but it does not tell them how much of their total bill is accounted, for example, by use of their washing machine, oven or lighting.  Academic studies carried out in the US have shown that when householders were provided with this level of detail it led to an average 12% reduction in their domestic electricity consumption.

Triple Ohm can also be used to monitor how specific devices are behaving under load as an indicator of a potential performance issue.  Initial studies have shown the technology can differentiate between a vacuum cleaner with a full bag or an empty bag, which is a feature that could be developed to alert customers for example to check their washing machine or tumble dryer filter, or to arrange a service call to maintain an appliance in peak condition.

42 Technology’s innovative smart metering technology can also provide energy companies with more detailed feedback on patterns of domestic and commercial energy usage than is currently available with existing technologies and monitoring systems.  As a result, it could help energy suppliers to find more cost effective and efficient ways to balance supply with changing demands while complying with carbon reduction targets.

In addition to smart metering, 42 Technology is also developing Triple Ohm for use in a low cost system for remote monitoring of the UK’s network of electricity distribution substations.  The company was awarded an Innovate UK phase one grant for this application which it announced in November 2016 and since then has secured phase two funding to enable further commercialisation.