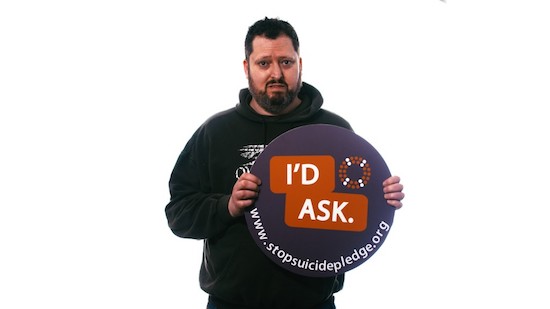 Cambridge Filmworks has teamed up with the mental health charity Mind and games company Jagex to produce a powerful new film to raise awareness of suicide prevention.

An estimated one in five of us has had suicidal thoughts at some point in our lives. Every year almost twice as many people die as a result of suicide in Peterborough and Cambridgeshire than as a result of road accidents.

STOP Suicide is an award-winning suicide prevention campaign that seeks to empower communities and individuals to help stop suicides by being alert to the warning signs, asking directly about suicide and helping those who are feeling suicidal to stay safe.

It involves general awareness raising about suicide, specialist training for non-mental health professionals working and volunteering within our communities and a public campaign to encourage sign up to the STOP Suicide Pledge for organisations and individuals.

The new film entitled 'I'd Ask' meets five individuals as they share their honest experiences of feeling suicidal and supporting others in this STOP Suicide campaign film.

Please pledge your support for the campaign at: https://www.stopsuicidepledge.org/