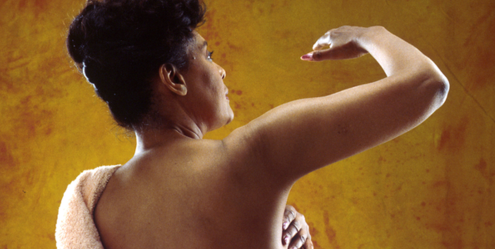 Giving chemotherapy drugs every two weeks instead of the usual every three weeks reduces the risk of breast cancer recurrence and death, according to new research.

The study was undertaken by the Early Breast Cancer Trialists’ Collaborative Group (EBCTCG), which included researchers from the MRC Population Health Research Unit at the University of Oxford. The team analysed data from over 37,000 women with early (operable) breast cancer who had taken part in 26 randomised trials from across the world that compared dose-intensity chemotherapy with standard schedule chemotherapy.

The analysis aimed to find out whether increasing the dose intensity of chemotherapy (the amount of drug delivered per unit time), was more effective at lowering breast cancer recurrence and death rates than standard schedule chemotherapy regimens.

One way to increase dose intensity was to use the same chemotherapy agents at the same doses but administer treatment every two weeks instead of every three weeks. The average weekly dose is therefore 50% higher with two-weekly treatment than with the standard three-weekly schedule comparator.

Another way of increasing the dose intensity of chemotherapy was to give the drugs individually in sequence rather than administering all the drugs together at the same time. This allowed higher doses of the drugs to be used in each cycle while keeping the side effects manageable.

Study co-author Richard Gray, Professor of Medical Statistics in the Nuffield Department of Population Health at the University of Oxford, said: “We were surprised by how strong and consistent the findings from our study were. Patients who received chemotherapy every two weeks were 17% less likely to have disease recurrence and 15% less likely to die from breast cancer within 10 years, compared with those who received treatment every three weeks. Similar results were seen for patients who received sequential chemotherapy rather than concurrent treatment and, overall, analysing all the patients together there was a 14% proportional reduction in the risk of breast cancer recurrence. The reduction in the 10-year risk of breast cancer recurrence was 4.3%.”

The results apply to most women who are recommended chemotherapy for early-stage breast cancer. The reduction in recurrence with dose-intense chemotherapy across all trials was similar in oestrogen receptor (ER) positive and in ER-negative disease, and did not differ significantly by any other patient or tumour characteristics.

Professor Gray said: “The number of deaths from breast cancer in the United Kingdom and many other countries has halved over the last 30 years because of a series of step-by-step improvements in treatment that, together, add up to make a big difference. Previous work by the EBCTCG has shown that standard chemotherapy schedules reduce the risk of death from early-stage breast cancer by about a third. Though the benefits of dose-intense over standard chemotherapy are only moderate, this new research does show that by using dose-intense chemotherapy, the risk of dying of breast cancer can be reduced by at least 40% compared to no chemotherapy.”

There were few additional side-effects with the dose-intense schedule compared with standard schedule chemotherapy.

Study co-author, Dr Jeremy Braybrooke, said: “Some centres prefer giving chemotherapy every three weeks and don’t usually offer treatment every two weeks because of concerns about side effects and uncertainty about the additional benefit. Looking at the data from large numbers of women receiving dose-intense chemotherapy, we have found no evidence to justify these concerns, and the results show definite benefit from the more intense treatments, including the fact that treatment can be completed sooner.”

The research was funded by the MRC and Cancer Research UK. The full findings were published in The Lancet.