Cambridge Consultants has been named in a leading HR magazine’s all-time top 20. 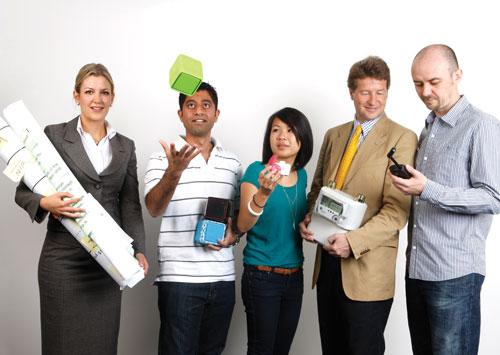 Product development firm Cambridge Consultants has been named one of the best organisations for human resources (HR) – ever. It features in a list of 20 organisations that, according to People Management magazine, have “truly revolutionised” working life and been the “true exemplars” of HR practice over the past century.

“Think pioneering workplace and you’ll probably think Google, and the way the tech giant offers staff free meals, creates small, nimble teams and gives its engineers time to work on blue-sky projects,” says the UK’s number one HR magazine. But it adds: “Practically every HR innovation that’s in vogue in California has been commonplace in the Fens for some time.” People Management says Cambridge Consultants’ 53-year history of progressive practice has earned it a formidable HR reputation. It describes the company as a “well-kept secret that relies on the talent and creativity of its staff to help clients create and perfect new products”.

Cambridge Consultants is featured at number 15 in the list – which is topped by Cadbury and includes household names such as John Lewis, Marks & Spencer, Shell, Ford and Rolls-Royce. People Management – the official magazine of the Chartered Institute of Personnel and Development (CIPD) – highlights the fact that Cambridge Consultants gives employees a high degree of control over their career direction. Graduates, for example, do not join a traditional training scheme that funnels them straight onto a particular path – they are encouraged to get a wide variety of experience in their early years. And each project leader selects the team members most relevant to the challenge at hand.

“Clients don’t come to us with easy problems – they come to us with problems they can’t solve themselves,” said Alison Hughes, HR director at Cambridge Consultants. “So our task is to find exceptional people to join the company as we grow – and to give them every reason to want to stay. That means making sure staff get to work on a variety of interesting and challenging projects, alongside other truly talented teammates. And our approach is underpinned by the philosophy that people matter, which has meant staff churn has consistently been below 10% – and has halved in the last year.”

As well as free lunches and refreshments, the 380 employees get a comprehensive healthcare package and a performance-related bonus scheme. An active social club helps to keep the ‘family feel’ of the company as it grows. And half a million pounds a year is invested in training to offer staff a platform for their ambitions.

Earlier this year Cambridge Consultants was named Employer of the Year in the Cambridge News Business Excellence Awards 2013.