Product design and development firm Cambridge Consultants has been named one of the best companies to work for in the UK. It has achieved a coveted place in the list of The Sunday Times 100 Best Mid-Sized Companies to Work For – the annual ranking of the cream of Britain’s motivated workforces. 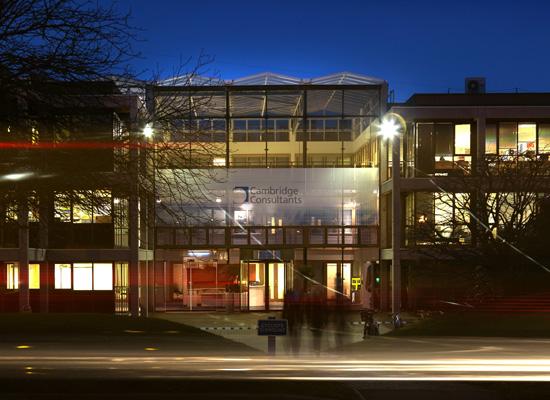 Although it was the first time the firm had entered the awards, it received 2-star accreditation – for ‘outstanding’ workplace engagement.

"We are thrilled with this public recognition of our work to create an environment in which staff can develop and reach their full potential – we aim to be the platform for their ambitions,” said Alan Richardson, CEO of Cambridge Consultants. “The feedback we get from our employees is that this is an exceptional place to work – and that’s now reflected in these results.”

The 400 employees at Cambridge Consultants get free lunches and refreshments – as well as a comprehensive healthcare package and a performance-related bonus scheme. An active social club gives the company a ‘family feel’. And half a million pounds a year is invested in training. Unsurprisingly, staff turnover is less than 5% a year.

“We employ exceptional people who do difficult projects which they execute very fast,” said Richardson. “Our role as an employer is to provide an environment in which they can grow to their full potential – and reward them according to their development and achievements. We treat staff as individuals, and always strive to give them the flexibility they need to get the correct work/life balance.”

The Best Companies recognition is the latest in a string of accolades for Cambridge Consultants. Last year the firm won the title of Employer of the Year in the Cambridge technology cluster, and featured in People Management magazine’s list of the 20 best organisations for human resources – ever.

In its 54-year history, Cambridge Consultants has been involved in a range of breakthrough products and technologies – from the round tea bag you use to make your morning beverage, to the ground-to-air radio system controlling air traffic over the majority of the planet.

The company is a third of the way through a four-year plan to double in size. Last year alone it created 70 new jobs, and the aim is to recruit a further 70 people during 2014. Current projects range from Iridium NEXT – the world’s most significant commercial space programme – to cardiac and neurological implants, and the next phase of development of the DropTag parcel monitoring concept.